This is an overview our ArchivesSpace migration process and descriptions of the code used. Hopefully this rather long-winded description helps document our processes and thinking.

Overall, my strategy was to import everything twice. Once we got most of our data into ASpace, I let our staff have a free run of the data to get comfortable with the application. We maintained our previous data stores as masters, and staff could create, edit, and delete ASpace data as much as they wanted. When we were done testing and I was comfortable with all the migration scripts, we cleared out all the data and made a clean import.

There are some caveats here. There are a bunch of decisions you make while writing these that I kind of made arbitrarily. It’s probably more complex than it has to be. Ideally, this would be more a a communally-driven effort based on a wider set of needs and perspectives. The code is completely open, so if nothing else, I guess this could provide an example of what a Python library for ASpace might look like. I’m going to try and complete the documentation soon, and if anyone has suggestions I’d really like to hear them. If the community moves to a different approach, I’ll work to update all of our processes to match the consensus, since it will be better than what I can come up with on my own. 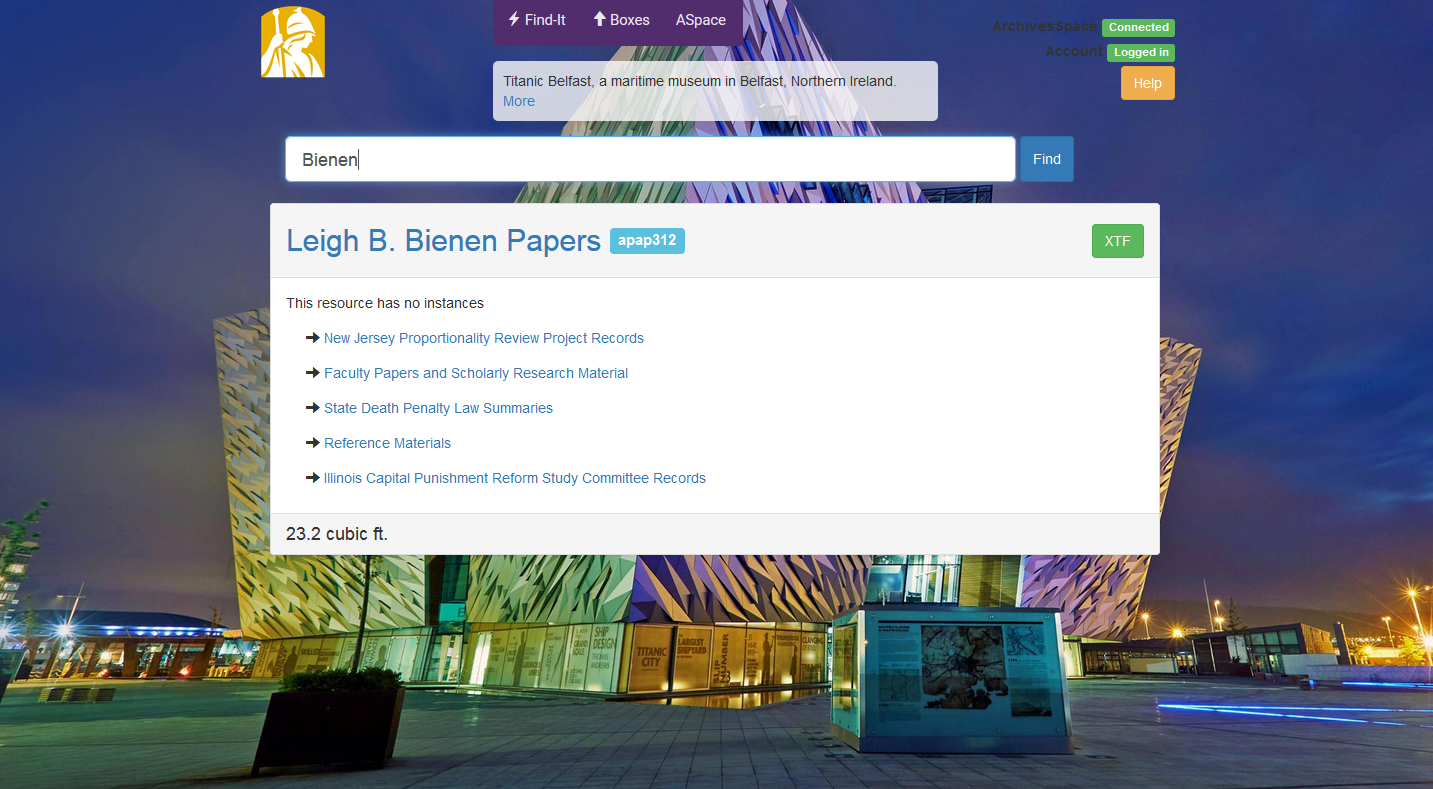